skip to main | skip to sidebar

A lot of folks for some reason really love this film. I'm not sure why? I didn't hate it but I'm a bit disturbed about the reconstructed history. Narrative films are often a bit slack with historical accuracy but I think this goes a bit far. From an artistic point I started wondering if this was based on a "real" story (before it was obvious that it wasn't), there were a number of attempts on Hitler's life so that isn't totally out of left field. But it took me right out of the film. And then when it's obvious I was really out of the film. So as a technique it failed for me. I felt like I had had a prank played on me and it wasn't a fun prank. A fair amount of gratuitous violence but it is Tarantino after all so one has to expect that. Christoph Waltz was great and will probably get an Oscar, but I didn't "get" the film.

AND the sound was a frame or two out of sync for the first reel? I have to assume it was intentional since the print would have to have been made that way. The screening was at Dolby so it's not likely that the sound system was out of whack so ????? It could have been a bad print but with the other shenanigans in the film it seems like it might have been a choice. But a quick Google search shows nothing so maybe it was a bad print.?.

Scary what you can find on the Web

I stumbled on this link that has a series of spots I worked on. 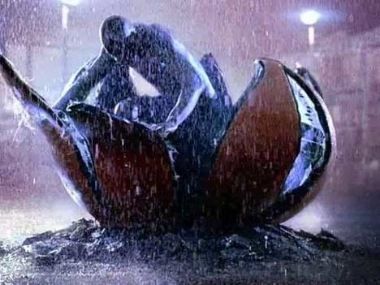 You just never know what will end up where. It's cool that they are there and that the site actually got our names correct! I'm just glad it's something that is good. There are those "other" projects you hope no one ever sees... But I'm sure some of those are out there also.


Hmmmm It was interesting but... Not sure if it was suposet to be a joke? Some good performances, but I'm not sure about the rewriting of history.


- Posted using BlogPress from my iPhone

OK it's Oscar season so we have been going to a bunch of screenings. What's hot? I don't know, what I thought though is as follows.

Julie and Julia, HIGHLY recommended, but plan on getting something to eat afterward. It WILL make you hungry. Does anyone get an Oscar? Well maybe Streep, Tucci is great but it's Meryl's film. Don't get me wrong I could watch Amy Adams for days, and she is great but this is Julia's film. Avatar. I've seen it in 2D and 3D, I think the 2D is better. They pushed the 3D and I noticed a few problems with 3D. First your eyes get tired. Not sure why but more people than me commented on it. For some reason I don't think you blink as often as you should? Also in the "real" 3D world we are used to selective focus. If it's close and of interest we will focus on it. Avatar puts some things WAY out in the audience and you WANT to focus on them but you can't. A camera has a fixed depth of field, so that selective focus gets into trouble trying to focus on things it can't. When that is fixed, WATCH out, 3D will be great.
3D VS 2D aside AVATAR is like the first time you saw Jurassic Park. If the actors get even seriously considered for actor nominations it's a paradigm changer. Either way it's a great time at the movies.
Precious. Hard film. Mo'Nique is VERY impressive and Gabourey Sidibe is not likely to get any noms but should. Really strong performances.
A Single Man. WOW. See it.
A Serious Man. If you love the Coen Bros. then go for it, f not it might not be your cup of tea. I liked it.
It's Complicated. I fell out laughing more than once. Oscars??? Maybe, but it's a comedy. Go see it you'll have a good time. Screw the awards, go for the fun.
This Is It. I was prepared to ne so so on it. It was GREAT. What a fantastic performer and artist. More than one person said how they felt betrayed by the media for painting such a negative picture of such a great artist. I have to agree. See it.
Public Enemies. I saw it because of the bad press on the sound track. I was ready to trash it but... I though the film was OK and the FX mix was pretty good and the FX edit was very good (most of the time). The dialog mix sucked, but I'm not pointing fingers. To many people have a say and it sounds like from anonymous sources that a LOT of it had to do with Michael Mann micromanaging the mix.
Up in the Air. It was good, but not up to what I expected, So I think it probably has a lot to do with what you though coming in. It was a "good" film so I would be happy to pay for it but my socks were still on at the end and I though the would be blown off.
Coroline. REALLY good, even in 3D.
UP. Everyone I know cried at some point in this film, and laughed. Can you ask for much more? It is a very "adult" animated film that kids also like.
2012. This was a comedy, right? Woody H. is very good, but my god they have an aircraft carrier three times the size of Washington DC, we were supposed to be laughing at that RIGHT????? As a parody it was fun, but I don't think it was supposed to be a parody.
The Informant. Very good. I liked it a lot, but Oscar wise it falls by the wayside.
Crazy Heart. Really GOOD and Jeff is fantastic. GO SEE IT.

Sherlock Holmes. You've seen it? NO. drop what your doing and go. It's fun and entertaining and you will forget that you retirement is in the crapper for a few hours.

It's late and there are a few more but that is most of what I've seen. Go to the movies, there is some good stuff to see.

Some links of interest